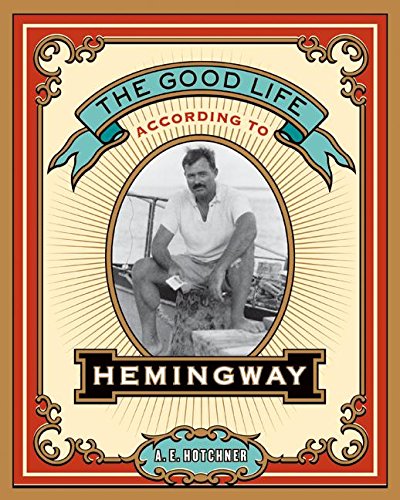 The Good Life According to Hemingway

A lifetime's worth of Hemingway quotations, running the gamut from clever observations to drunken misogyny, are collected in this heavily illustrated compilation. Hotchner, who chronicled his relationship with Hemingway in and a collection of their correspondence, literally cleaned out his desk to provide the material for this book. The resulting work is for those interested in Hemingway's notoriously large ego rather than his writing. Hotchner provides us with Hemingway on hunting (“In shooting you've got to be careful, not worried”), Hemingway on war (“Why the hell do the good and the brave have to die before everyone else?”), and, of course, Hemingway being nasty about fellow writers (on Faulkner: “Does he really think big emotions come from big words?”). Outside of his brief and enjoyable foreword, Hotchner provides no editorial commentary, leaving the reader in an endless Hemingway echo chamber with no one to separate his lies and exaggerations from his actual wisdom. Some of the longer passages will prove entertaining to hardcore Hemingway fans, particularly his complaints about the film adaptations of his novels. 150 b&w photos.