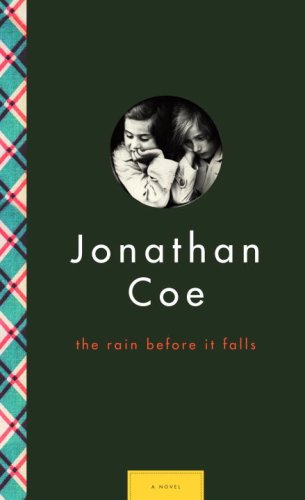 The Rain Before It Falls

In the latest from acclaimed London novelist Coe (), the story of two cousins' friendship is keyed to a hatred that is handed down from mother to daughter across generations, as in a Greek tragedy. Evacuated from London to her aunt and uncle's Shropshire farm, Rosamond bonds with her older cousin, Beatrix, who is emotionally abused by her mother. Beatrix grows up to abuse her daughter, Thea (in one unforgettable scene, Beatrix takes a knife and flies after Thea after Thea has ruined a blouse), with repercussions that reach the next generation. All of this is narrated in retrospect by an elderly Rosamond into a tape recorder: she is recording the family's history for Imogene, Beatrix's granddaughter, who is blind, and whom Rosamond hasn't seen in 20 years. As the story progresses, it becomes clear that Rosamond's fundamental flaw and limit is her decency, a quality Coe weaves beautifully into the Shropshire and London settingsâ€”along with violence. Through relatively narrow lives on a narrow isle, Coe articulates a fierce, emotional current whose sweep catches the reader and doesn't let go until the very end.