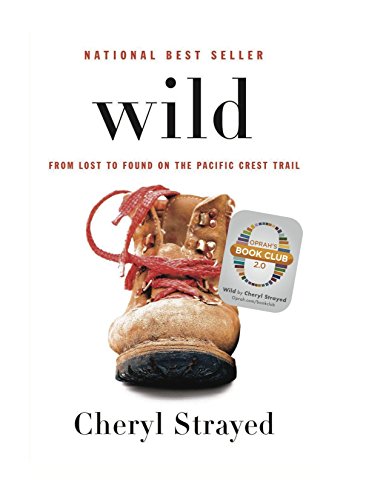 Wild: From Lost to Found on the Pacific Crest Trail

In the summer of 1995, at age 26 and feeling at the end of her rope emotionally, Strayed resolved to hike solo the Pacific Crest Trail, a 2,663-mile wilderness route stretching from the Mexican border to the Canadian and traversing nine mountain ranges and three states. In this detailed, in-the-moment re-enactment, she delineates the travails and triumphs of those three grueling months. Living in Minneapolis, on the verge of divorcing her husband, Strayed was still reeling from the sudden death four years before of her mother from cancer; the ensuing years formed an erratic, confused time “like a crackling Fourth of July sparkler.” Hiking the trail helped decide what direction her life would take, even though she had never seriously hiked or carried a pack before. Starting from Mojave, Calif., hauling a pack she called the Monster because it was so huge and heavy, she had to perform a dead lift to stand, and then could barely make a mile an hour. Eventually she began to experience “a kind of strange, abstract, retrospective fun,” meeting the few other hikers along the way, all male; jettisoning some of the weight from her pack and burning books she had read; and encountering all manner of creature and acts of nature from rock slides to snow. Her account forms a charming, intrepid trial by fire, as she emerges from the ordeal bruised but not beaten, changed, a lone survivor. Agent: Janet Silver, Zachary Shuster Harmsworth Agency. (Mar.)
close
Details