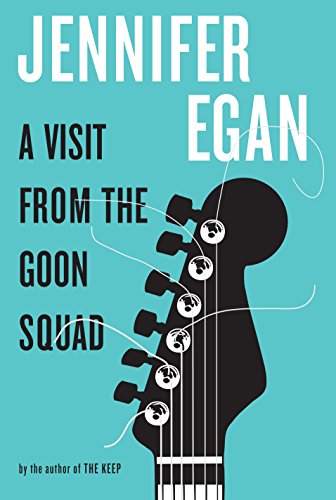 A Visit from the Goon Squad

Readers will be pleased to discover that the star-crossed marriage of lucid prose and expertly deployed postmodern switcheroos that helped shoot Egan to the top of the genre-bending new school is alive in well in this graceful yet wild novel. We begin in contemporaryish New York with kleptomaniac Sasha and her boss, rising music producer Bennie Salazar, before flashing back, with Bennie, to the glory days of Bay Area punk rock, and eventually forward, with Sasha, to a settled life. By then, Egan has accrued tertiary characters, like Scotty Hausmann, Bennie's one-time bandmate who all but dropped out of society, and Alex, who goes on a date with Sasha and later witnesses the future of the music industry. Egan's overarching concerns are about how rebellion ages, influence corrupts, habits turn to addictions, and lifelong friendships fluctuate and turn. Or as one character asks, “How did I go from being a rock star to being a fat fuck no one cares about?” Egan answers the question elegantly, though not straight on, as this powerful novel chronicles how and why we change, even as the song stays the same.