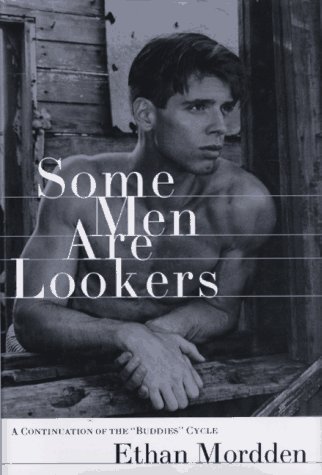 Some Men Are Lookers

Combining literary wit with vivid characters, Mordden adds a long-awaited fourth tale to the three-volume Buddies cycle he spun in the 1980s (I've a Feeling We're Not in Kansas Anymore, 1985, etc.). Set in New York City, this loosely structured story focuses on Bud, the middle-aged narrator, Dennis Savage, his longtime friend and a schoolteacher in his late 30s, and their respective live-in boyfriends, Cosgrove and Virgil, both in their late 20s. In addition to these well-drawn examples of a recognizable urbane and urban homosexual type, Mordden brings in outrageous characters, including Miss Faye, a drag queen with a ""thuggish pixie"" style, and Peter Keene, an Ivy League book editor who is coming out with a vengeance. The real sexy, comic life here is supplied by Virgil and Cosgrove as they recount their surreal adventures in the nocturnal world of gay Manhattan. While wonderfully apt and touching, the conversations and incidents that Mordden portrays range from the utterly natural to the surreal, and his vigorous prose could as easily be compared to parts of Ulysses as to Wilde's aphorisms or Armistead Maupin's Tales of the City. Buoyed by the charm of its cast, Mordden's wry yet compassionate look a gay life should appeal to a broad audience. (June)
close
Details