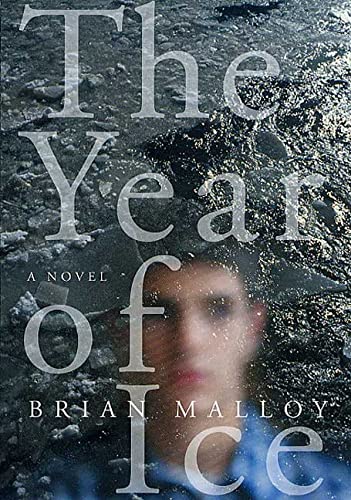 THE YEAR OF ICE

A gay high school senior struggles to cope with his father's irresponsibility in Malloy's poignant, quietly effective debut, set in Minneapolis in the late '70s. From the outside looking in, protagonist Kevin Doyle seems like a normal, party-happy 17-year-old, but the combination of a troubled family life and his secret crush on one of his best friends definitely sets him apart from the pack. The family issues revolve around his dad, Pat, an ordinary 40-something widower with plenty of romantic prospects as the book opens. But Kevin is furious when he learns that Pat's infidelity may have contributed to the car accident that took his mother's life, and his anger increases exponentially when his father impregnates the woman he had the affair with, then marries her after a brief dalliance with another woman. Malloy's coming-of-age narrative can be generic, but he handles the gay angle nicely as he explores Kevin's difficulty in finding an outlet for his hormonal urges even as he struggles to maintain a relationship with a classmate named Allison Minczeski, who falls for him. The author also displays a razor-sharp comic touch in the verbal sparring between father and son as Pat tries to bring his instant family together, and he balances the comedy with some touching scenes after Pat messes up his latest domestic venture. Malloy shows plenty of talent in his gay spin on the genre, and this debut bodes well for his literary future.