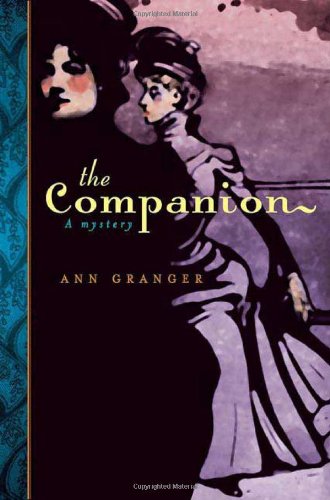 British author Granger's picturesque but disappointing Victorian historical alternates point-of-view between independent-minded Elizabeth Martin and young Scotland Yard inspector Benjamin Ross, long-separated childhood friends whose paths coincidentally cross at a murder case. Lizzie, the impoverished daughter of a doctor, finds herself without resources after her father's death in 1864, and moves to London to serve as companion for the wealthy Mrs. Parry. Ross is investigating the brutal murder of a young woman, who turns out to have been Lizzie's employer's previous companion. Outraged that Mrs. Parry and her cronies blame the victim for her fate, Martin does some amateur sleuthing on her own, but the resolution turns on her endangerment—not her powers of deduction. Granger, the author of the long-running Fran Vardy cozy series and the Mitchell and Markby series, delivers persuasive period detail but commonplace plot and characters.