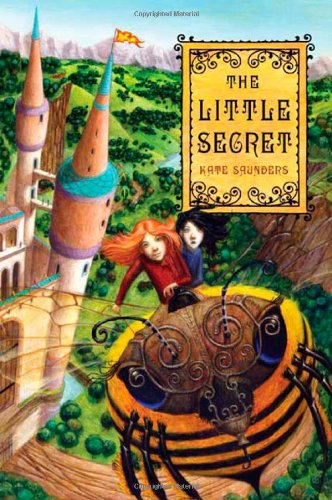 In this quirky and appealing British import, down-to-earth Jane, 11, who has six unruly brothers (and is often mistaken for a boy herself), finds her ordinary life changing when peculiar Staffa enrolls in her class and chooses her for a best friend. Staffa's mother, enormous Lady Matilda, is even stranger: wealthy, generous and yet frightening, she invites Jane to journey home with them for vacation. Jane is intrigued by their obsession with a painted box, which turns out to be the portal to a miniature kingdom where they reign, to which she is transported with them. Jane is drawn into what appears to be a fairy tale come true and is mesmerized by her ball gowns and jewels (“She looked like every girl's secret idea of a princess”), but she soon picks up forebodings of ill will and evil deeds. The fairy tale turns into a fast-paced story of political revolution, in which Jane plays an important role. This well-blended mix of romantic fantasy and gripping adventure, starring heroic girls, will speak to a broad audience. Ages 8–11.