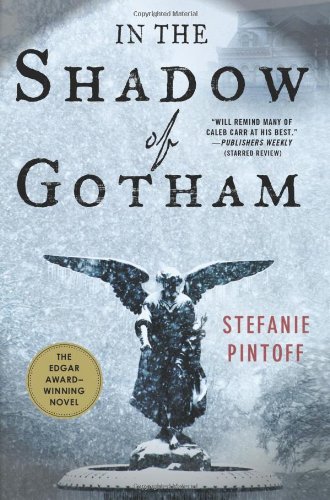 In the Shadow of Gotham

Pintoff's debut, winner of the first Minotaur Books/MWA Best First Crime Novel award, will remind many of Caleb Carr at his best. The wreck of the steamship in 1904 cost Det. Simon Ziele of the New York City police both his fiancée and the full use of his right arm. In response to those losses, Ziele has abandoned big-city policing for the quiet dullness of Dobson, a town in Westchester County, but a brutal murder interrupts his retreat from the world. Someone slashes and bludgeons to death Sarah Wingate, a Columbia mathematics graduate student whose brilliance evoked jealousy in her peers, in her home under circumstances that resemble the notorious murders of Lizzie Borden's parents. Ziele's investigation is soon co-opted by Alistair Sinclair, a student of criminology who's convinced he knows the culprit's identity. The period detail, characterizations and plotting are all top-notch, and Ziele has enough depth to carry a series.