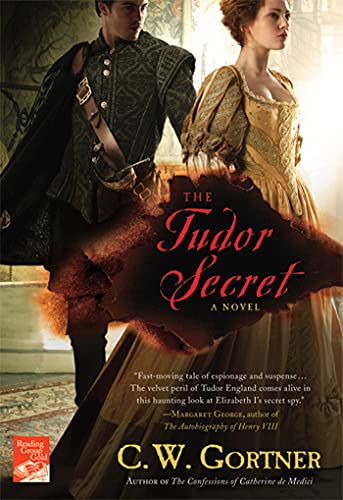 In Gortner's latest riveting historical (after The Last Queen), the influential Dudley family sends orphan servant Brendan Prescott to serve their cruel son, Lord Robert, at King Edward's court, and the young man is soon caught up in intrigue, suspicion, and shifting loyalties. Young King Edward is under the thumb of the Dudleys, but illness is greatly affecting his influence. Then the lion-eyed Princess Elizabeth, whom the Dudleys view as a threat, arrives and Prescott becomes a spy for her protector, William Cecil. Deeper involvement in the conspiracies surrounding the throne makes Prescott increasingly uncertain of loyalties, including his own, and he begins to question his fate and identity. In Gortner's capable hands, Prescott is a believable and enjoyable hero, a man of strong loyalties but naïve enough to be exploited. And while the Dudleys are mostly broadly drawn villains, Robert has depth, and though readers familiar with the Tudor era will know the key players, they may be surprised by their depiction here. Gortner handles action with aplomb, adding a riveting, fast-paced thriller to the crowded genre of Tudor fiction. (Feb.)
close
Details