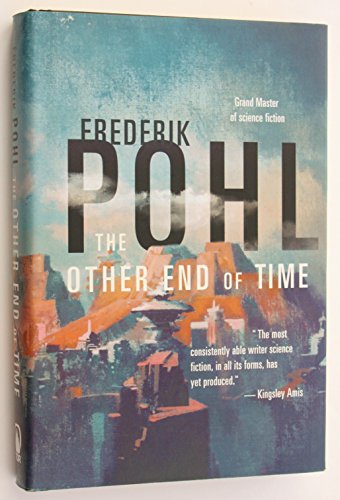 The Other End of Time

It is late in the 21st century, and an Earth that has largely abandoned space exploration has just been contacted by intelligent extraterrestrials, who warn of other, hostile aliens on the way. At the same time, Joe-Dan Dannerman, a young undercover police operative, infiltrates the research establishment of his cousin to learn what she plans for an abandoned orbital observatory. The aliens have plans for the observatory, too, as Joe-Dan, his cousin and their oddly assorted company of astronauts discover when the aliens arrive. Captured by the ETs, these humans must survive their own personality clashes, alien technology and encounters with alien-made duplicates of themselves. When they are finally liberated, it is on a distant planet, short of food, weapons, medicine and knowledge, amid strife between both factions of aliens that poses a menace to humanity. The opening contains too many conventional dystopian elements; but, once the cast makes contact with the aliens, the story is conceived and executed with Pohl's usual acumen as this veteran author, who published his first novel in 1952, displays his skill at juggling ideas in the classic SF mode. The ending is oddly unresolved, unless this is the first volume of a series--which would not be bad news. (Oct.)
close
Details