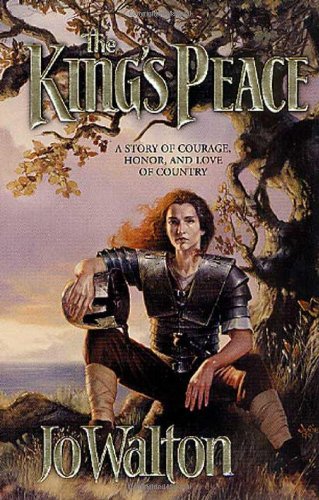 War is a tough subject to do well, but in this gritty, moving second and final book in the saga of Tir Tanagiri, British author Walton makes the strife of civil war not only believable but understandable. Battle-hardened, older and wiser after her adventures in (2000), the warrior Sulien ap Gwien has become lord of her own bit of land and wants nothing more than a quiet life. Ill fortune and an evil sorcerer who'd not been dealt with years earlier, however, return her to the saddle and a civil war that could break King Urdo's peace and leave the kingdom a shattered ruin. Brother turns against brother—or in this case, sister against sister. The novel opens: "The first I knew about the civil war was when my sister Aurien poisoned me." Sulien survives her poisoning only to wonder why her sister hates her—the answer makes her wish she'd remained poisoned. In the end, the cost of battle is felt by every person in the land. No one will ever be the same, especially Sulien ap Gwien. Walton has taken a thoughtful look at what war can do to real people, as a group and as individuals. A nicely paced, unpredictable plot that keeps the reader guessing who might be back-stabbing whom, coupled with musical language and natural conversations, sets this well above the fantasy average. The ambiguous gender of some of the character names may confuse some, but Walton is never stridently feminist, with women and men represented as equally capable of both good and evil. This fine work should garner an award nomination or two.