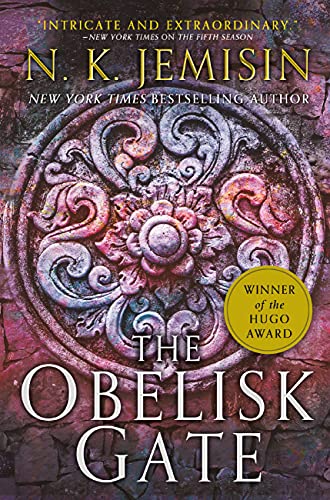 In this compelling, challenging, and utterly gripping work that combines elements of fantasy, science fiction, and horror, Jemisin draws readers deeper into the extraordinary setting and characters she introduced in The Fifth Season. In the world called the Stillness—which the first book hints may actually be our world, thousands of years in the future—orogenes are hated and feared for their ability to control the geological forces that shape the land. Powerful orogene Essun desperately searches for her eight-year-old daughter, Nassun, who was stolen away by her father. He hopes to find someone to “fix” the girl and excise her burgeoning orogene talent. But Essun’s search is interrupted by her old mentor, Alabaster. Alabaster is dying, and he hopes to use Essun’s powers to end the current “season,” a disastrous change in global climate that could destroy all life, by recapturing the planet’s long-lost moon, whose absence is the cause of the ironically named Stillness’s geological instability. While Essun and Alabaster struggle to save the world, an ancient entity with very different goals begins gathering its own crew of young orogenes—and it has Nassun, who in this volume becomes a character as troubled, complex, and fascinating as her mother. The Stillness and those who dwell there are vividly drawn, and the threats they face are both timely and tangible. Once again Jemisin immerses readers in a complex and intricate world of warring powers, tangled morals, and twisting motivations. (Aug.)
close
Details