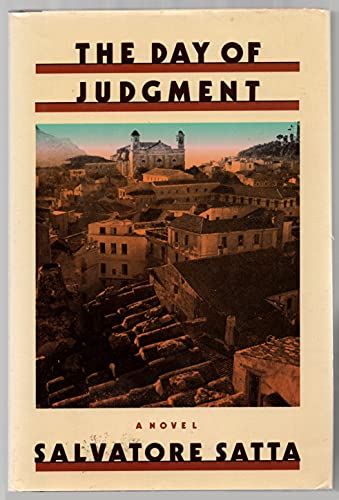 The Day of Judgment: Salvatore Satta

Slowly, from cobbled path to pastureland to overarching mountain, the ancient town of Nuoro in Sardinia emerges as the chief player in this singular, profoundly intelligent, superbly translated novel. If one man can be said to stand taller than the rest, it is Don Sebastiano, the notary, who, though he has labored hard for 50 years amassing vineyards, wheat fields and oil presses, is not rich, because ""only the cemetery is rich.'' And indeed as each of his seven sons leaves the town for the university, seeking money, fame, status, Sebastiano mocks their search for ``bread made of something better than wheat.'' For he knows that even if they don't remain in Nuoro, the town will remain in them, as it has in all the peasants, shepherds and landowners who figure in the narrative, whose sorrows, grudges and centuries-old habits distinguish them so precisely that the reader can hear their voices. A tenuous yet shattering plot, generated by the hatred of schoolteacher Don Ricciotti for Don Sebastiano takes shape toward the end. Ricciotti galvanizes the countryside, forms a new political party, stands for election, charges Sebastiano with murder. This wise and glowing novel has been widely read in Europe since its publication in 1979. (September)
close
Details