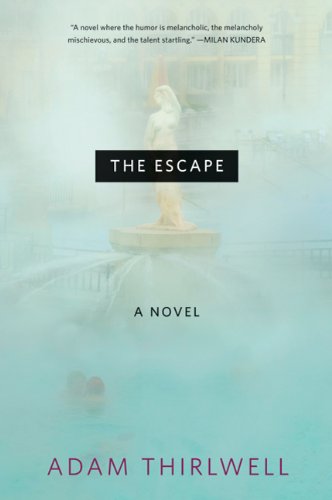 Following the travails of aging libertine Raphael Haffner in a spa town somewhere in Bohemia, this unfortunate picaresque by Thirlwell ( ) quickly becomes a case study in which history (“that arrogant personification”), mythical references, and Haffner's own life don't inform one another so much as farcically cohabitate. Narrated by a younger, faceless acquaintance, the story of our “epic hero” drifts between Haffner's efforts to secure his dead wife's estate and his “Sophoclean” love for sexy young yoga instructor Zinka, or, more generally, “the familiar, peristaltic illness of the women,” as Haffner's “ageing body is still a pincushion for the multicoloured plastic arrows of the victorious kid-god: Cupid.” Within this landscape of “tremulous picturesque mountains” where anti-Semitic bureaucrats conspire to deprive Haffner of his inheritance, the arthritic Casanova offers many self-aggrandizing reflections punctuated by exclamation points. Unfortunately, Haffner's considerable shortcomings, while promising, never consolidate into a solid character, much less a mythical letch. His insights and motivations are stale and cartoonish, his vulnerabilities bland, and his slapstick strivings are those of a stick figure on Viagra.