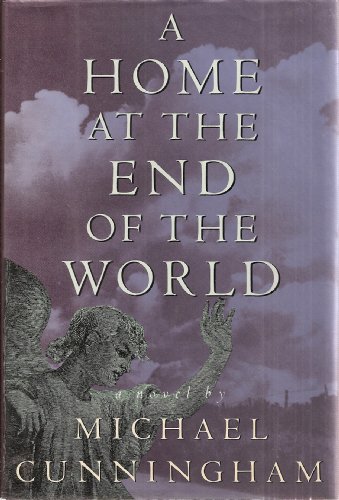 Home at the End of the World

This poignant and absorbing novel, parts of which have already appeared in the New Yorker , is one of a kind: at once a bildungsroman that reveals a remarkable gay sensibility, a serious appraisal of how parents and children relate over the years, and a clear-eyed account of '80s ways of looking and living. It is the story of two young Clevelanders, Jonathan and Bobby, who become boyhood friends in spite of, and partly because of, their unhappily adjusted parents. They eventually emigrate to New York, where they end up living together--and with a superbly realized eccentric, Clare, a very hip but desperate woman who tries to relate to them both, ends up having Bobby's child, attempts to share life in the country with them and eventually drifts away. Other characters rendered in detail include Jonathan's mother, Alice, a firm-minded survivor; her ever-optimistic husband, Ned; and Jonathan's sometime lover Erich, who comes to agonizing life for the reader only as he is dying of AIDS. No praise can be too high for Cunningham's writing. He worked six years on the novel, and it shows in the careful way he evokes fleeting thoughts and states of consciousness, in the lyrical sense of the ordinariness of place, whether Cleveland, New York, Arizona or upstate New York, in the musical background that accompanies much of the action, almost as in a movie, and in the unexpected ways that characters who have not met before interrelate when they do. His story is told from several alternating points of view--Jonathan's, Bobby's, Clare's and Alice's--and though this works well in narrative terms, the voices are not as different as one would expect from such fully realized characters. And some scenes, like the birth of Clare's baby, are unaccountably missing. Still, this is a gripping, haunting piece of work from a writer of real promise and power. 35,000 forst printing; $50,000 ad/promo; BOMC and QPB selections; movie rights to Sinecom. (Oct.)
close
Details