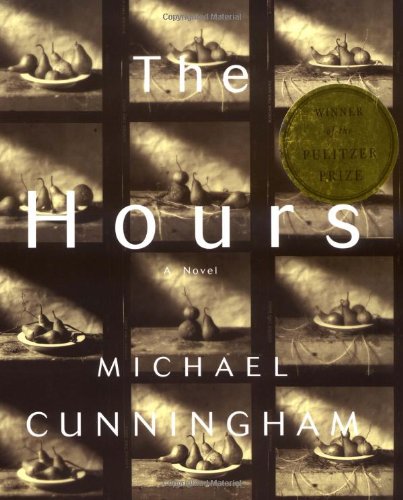 At first blush, the structural and thematic conceits of this novel--three interwoven novellas in varying degrees connected to Virginia Woolf--seem like the stuff of a graduate student's pipe dream: a great idea in the dorm room that betrays a lack of originality. But as soon as one dips into Cunningham's prologue, in which Woolf's suicide is rendered with a precise yet harrowing matter-of-factness (""She hurries from the house, wearing a coat too heavy for the weather. It is 1941. She has left a note for Leonard, and another for Vanessa.""), the reader becomes completely entranced. This book more than fulfills the promise of Cunningham's 1990 debut, A Home at the End of the World, while showing that sweep does not necessarily require the sprawl of his second book, Flesh and Blood. In alternating chapters, the three stories unfold: ""Mrs. Woolf,"" about Virginia's own struggle to find an opening for Mrs. Dalloway in 1923; ""Mrs. Brown,"" about one Laura Brown's efforts to escape, somehow, an airless marriage in California in 1949 while, coincidentally, reading Mrs. Dalloway; and ""Mrs. Dalloway,"" which is set in 1990s Greenwich Village and concerns Clarissa Vaughan's preparations for a party for her gay--and dying--friend, Richard, who has nicknamed her Mrs. Dalloway. Cunningham's insightful use of the historical record concerning Woolf in her household outside London in the 1920s is matched by his audacious imagining of her inner lifeand his equally impressive plunges into the lives of Laura and Clarissa. The book would have been altogether absorbing had it been linked only thematically. However, Cunningham cleverly manages to pull the stories even more intimately togther in the closing pages. Along the way, rich and beautifully nuanced scenes follow one upon the other: Virginia, tired and weak, irked by the early arrival of headstrong sister Vanessa, her three children and the dead bird they bury in the backyard; Laura's afternoon escape to an L.A. hotel to read for a few hours; Clarissa's anguished witnessing of her friend's suicidal jump down an airshaft, rendered with unforgettable detail. The overall effect of this book is twofold. First, it makes a reader hunger to know all about Woolf, again; readers may be spooked at times, as Woolf's spirit emerges in unexpected ways, but hers is an abiding presence, more about living than dying. Second, and this is the gargantuan accomplishment of this small book, it makes a reader believe in the possibility and depth of a communality based on great literature, literature that has shown people how to live and what to ask of life. (Nov.) FYI: The Hours was a working title that Woolf for a time gave to Mrs. Dalloway.
close
Details