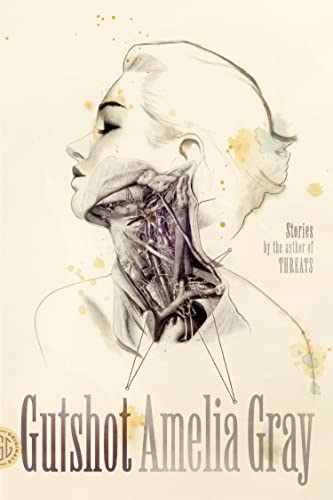 Strange, fable-like, and physical, Gray’s (Threats) stories are driven by uncanny forces and set in organic yet unnatural worlds. The first story, “In the Moment,” sets the tone, in which a man afraid of losing his beloved is soothed by her detached sensory perceptions: “Emily taught him to view each day as a wild element divorced from past and future. He needed not only to exist at a point on a vector but ultimately to destroy the vector and inhabit that solitary point, like living inside a meteor without fear or knowledge of its movement.” The recurrence of a phenomenological experience of time flows through the stories, along with a materialist understanding that pushes in on human perception. In “The Year of the Snake,” a massive snake bisects a town and disrupts the citizens until eventually the story’s protagonist, a scientist, cuts open the snake, “peeling back to reveal that the flesh inside formed a cavern. She saw a lantern swinging gently from the knobby spine ceiling. A man sat at a table, calm as the moon.” In “A Contest,” the gods hold a contest: the mortal who grieves the most on Earth will be reunited with her departed, and at the story’s abrupt end, an old, lonely woman is reunited with her cat—yet another instance of the masterly gathering of forces at the heart of the collection: black humor brushes up against abject tragedy, desperation and abuse, longing loneliness, and even hopeful peace. Gray dazzlingly renders the wide array of human experience in these potent, haunting stories. Agent: Claudia Ballard, WME Entertainment. (Apr.)
close
Details