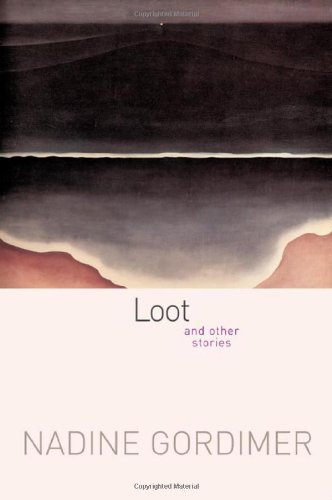 As was the case with many South African writers, Gordimer's fiction benefited, ironically enough, from the stark moral contrasts created by apartheid. The nine stories in this collection show Gordimer trying to gain a fictional perspective on the new era, and there are some missteps among them as she employs heavy-handed symbolism and less-than-revelatory social observations ("They had met at a party, the customary first stage in the white middle-class ritual of mating choices"). The title story describes an earthquake that "tipped a continental shelf" and drew back the ocean over a vast expanse, so that the detritus of the past, littered over the ocean floor, has been revealed. In response, people rush down into the former ocean bed and try to pry up treasure, unaware that the ocean, in a great wave, is coming back. In another allegorical story, "Look-Alikes," homeless, unemployed laborers invade a college campus, staking out a campsite in the sports fields, and are joined, sneakily at first, then openly, by the college's sympathetic faculty. "Karma" is a series of emblematic sketches set in various periods between WWII and the present day, which include the stories of Norma, an antiapartheid activist who got caught in a corruption scandal, and Denise, a white baby adopted by a black family in apartheid days, absurdly forbidden by law from marrying her white lover. These vividly imagined characters are among the best in the book, but the story is burdened with an awkward reincarnation conceit that is meant to hold the disparate episodes together. Overall, the stories feel tentative, as though they were straight out of Gordimer's sketch book, and needed a layer of finish.