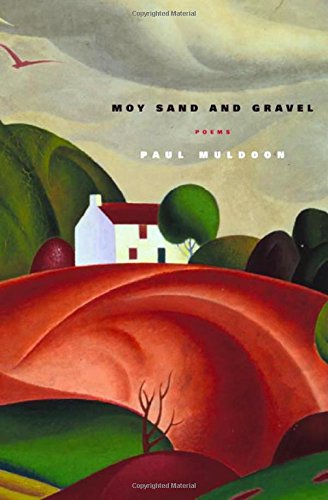 This first full volume since Muldoon's monumental reveals one of the English-speaking world's most acclaimed poets still at the top of his slippery, virtuosic game. Born in Northern Ireland, for more than a decade Muldoon has lived, taught and raised a family in Princeton, N.J. (1998) showed Muldoon incorporating his wife's Jewish-American heritage, and his life as a father, into a poetics previously noted for its formal complexity, its shaggy-dog-story narratives, and its interest in Irish history. This substantial collection furthers 's subjects. It succeeds with fast-paced poems of suburban observation and whimsical memory in difficult forms: some inherited (terza rima, sestina, tercets, haiku, catechism, Yeats's "Prayer for My Daughter" stanza), others invented (a sonnet, each of whose first 12 lines ends in "draw"). Occasional poems return to the Irish Troubles Muldoon has long, off and on, described: "A Brief Discourse on Decommissioning" explains "you can't make bricks without the straw/ that breaks the camel's back." The book's most serious poems ground themselves instead in Muldoon's household. "The Stoic" meditates on a miscarriage—"our child already lost from view/ before it had quite come into range," while the long closing poem places Muldoon's young son Asher in a context that combines Irish and Jewish history with Victorian wilderness stories, lines cribbed from Yeats, and Muldoon's own comic postures: "I, the so-called Goy from the Moy." A few of Muldoon's translations (Horace, Caedmon, Montale) seem slight, and several poems rely, perhaps too heavily, on allusions to Muldoon's own previous work; take those out, though, and what remains is a complicated network of verse declarations, stunts and depictions that may be fun for, and turn out to describe, a whole family.