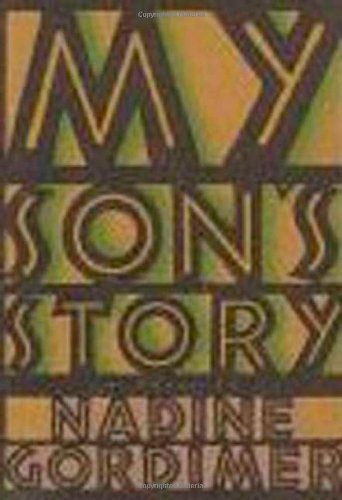 Highly praised as a literate goad to South Africa's conscience under apartheid, Gordimer ( A Sport of Nature ) here delivers her most perceptive and powerful novel in years. The story of a man's evolution as a political activist and the toll it takes on his family and on him, it is also a picture of a marriage and of an extramarital affair, set against a backdrop of daily life in segregated South Africa, even as the winds of change begin to blow. An exemplary husband and father, a pillar of rectitude in the black community, Sonny is dismissed from his teaching job after he leads a political protest. Imprisoned, on his release he becomes a leader in the revolutionary underground; at the same time he is swept into an affair with a white woman, a worker in a human rights organization. The intertwined events that lead to the breakup of Sonny's family and the tragic end of his high hopes and ideals are partially narrated by his teenage son Will, bitter and cynical over his father's marital betrayal. The novel is eloquent in its understated prose and anguished understanding of moral complexities in a land where blacks keep ``rags . . . on their persons as protection against tear-gas as white people carry credit cards.'' Tightly focused and controlled, expertly plotted, the narrative is replete with ironies; the tension increases almost invisibly, until the unexpected, jolting denouement. In the end, Will resolves to record ``what it really was like to live a life determined by the struggle to be free.'' Which is exactly what this book does, honestly and memorably. (Oct.)
close
Details