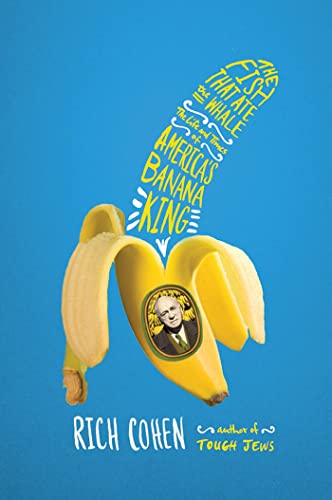 The Fish That Ate the Whale: The Life and Times of America’s Banana King

Cohen provides a boatload of angles for his biography of little-known antihero, Samuel Zemurray (1877-1961), presenting his story as a parable of American capitalism, an example of the American dream in decline, the story of 20th-century America, a quintessentially Jewish tale, and “a subterranean saga of kickbacks, overthrows, and secret deals: the world as it really works.” Fortunately, Cohen (Sweet and Low) backs up his hyperbole. Once a poor immigrant buying ripe bananas off a New Orleans pier, Zemurray became the disgraced mogul of the much hated United Fruit Company. Along the way, he aided the creation of Israel; funded many of Tulane University’s buildings; and had a hand in the rise of Che Guevara and Fidel Castro. Cohen claims Zemurray was to New Orleans what Rockefeller was to New York, but the better comparison may be to Robert Moses, who bulldozed both land and people to build many of New York’s roads, parks, and bridges. The reader gets to decide not only whether the ends were worth the means, but whether the means were worth the ends. Agent: Jennifer Rudolph Walsh, William Morris. (June)
close
Details