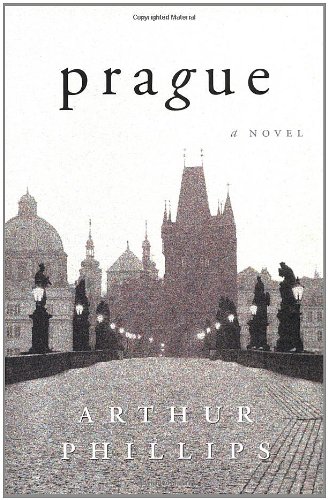 Everything about this dazzling first novel is utterly original, including the title: it's about a group of young American (and one Canadian) expatriates living in Budapest in 1990, just after the Communist empire has collapsed, and the point of "Prague" is that it's the place everyone would rather be, except they have all somehow settled for Budapest as second best to their idealized Central European city.

The author's way of bringing his five central characters onstage is also devilishly clever. They are playing a game—invented by Charles Gabor, the only one with a Hungarian background—called Sincerity, in which scores are made by telling convincing lies and by seeing through the lies of others. This serves at once to introduce these characters and allows the author to play with their sense of themselves. There is sophisticated, devious Charles, working for a New York investment company seeking newly privatized Hungarian businesses to invest in; Mark, a Canadian intellectual obsessed with the elements of nostalgia (and finding Budapest a rich repository); John, who writes a mordant column on the clashes of the old world and the new for the English-language ; John's older brother, Scott, who despises him; and Emily, an apparent innocent from Nebraska who works at the U.S. Embassy. At the heart of the story is Charles's attempt to take over a venerable Hungarian publishing company, whose history is brilliantly sketched and whose aged scion, Imre Horvath, is a quintessential Central European survivor. John nurses a hopeless passion for Emily, becomes involved with a bald-headed collage artist and listens, enchanted, to the tales of an elderly pianist in the group's favorite jazz club. Mark disappears, Scott decamps and the publishing caper ends in disillusionment.

But what happens in this novel is not nearly so important as Phillips's wonderful grasp Budapest's look, style and ethos, and his sometimes sympathetic, often scathing view of the Western interlopers. His writing is swift, often poetic, unerringly exact with voices and subtle details of time, place and weather. This novel is so complete a distillation of its theme and characters that it leaves a reader wondering how on earth Phillips can follow it up.