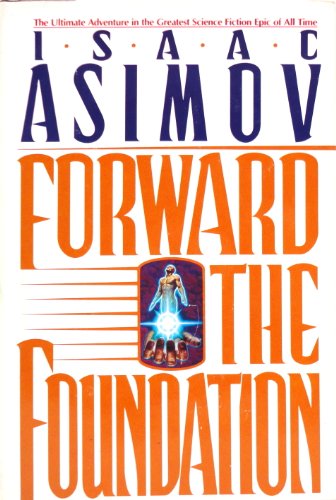 The late Grand Master of science fiction brings his most famous work, the epic Foundation series, to a posthumous close in this volume. Returning to the format of earlier books in the saga, he presents the story in discrete, novella-length segments, finally grappling with the figure at the center of the entire series: the adult Hari Seldon, creator of psychohistory and father of the Foundation itself (the young Seldon was featured in the previous series novel, Prelude to Foundation ). Here, Seldon confronts various threats to the Empire or to the psychohistory project, thwarting them for the most part by his characteristic brand of informed intuition. In part I, Seldon recognizes the rise of a dangerous anti-Imperial movement led by the charismatic Jo-Jo Joranum, and defuses it while simultaneously backing into the post of First Minister. In the second segment (of five), Seldon narrowly avoids an attempt on his life but cannot prevent the assassination of the Emperor Cleon I. Seldon faces personal as well as political setbacks while civilization crumbles. This volume neatly sews up the series, though it offers few real surprises. Most interesting is the glimpse it affords of Asimov himself, obviously personified in Seldon. The psychohistorian's vast intellectual interest, his concern for the future of learning in a time of decline, and his frustration in the face of mortality, ring true with special poignance. Asimov's fans should savor this final taste of his unique persona. (Apr.)
close
Details