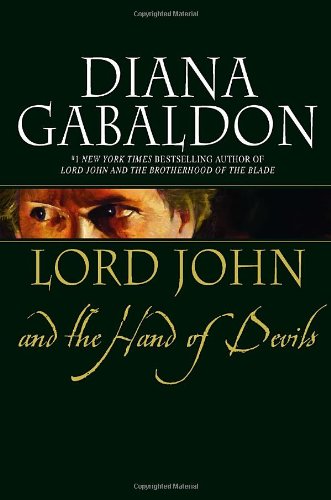 Lord John and the Hand of Devils

The indefatigable Gabaldon, who has made the British 18th century her own, offers a trio of novellas about Lord John Grey, whose minor role in the Outlander novels (concerning Jacobite Jamie Fraser and including ) has become a major fictional spinoff ( , etc.). The three mystery-adventure novellas of this volume span 1756 to 1758, in settings packed with dark secrets—and therefore dangers—for the soldier-hero with secrets of his own. The first novella finds Lord John swearing vengeance in London for a murdered government official, leading him to a deconsecrated abbey where members of the political elite indulge their basest desires. The second pits Lord John against a succubus that plagues his Prussian encampment, and combines humor with military strategy and supernatural myth. The third, most complex narrative finds Lord John investigating the cause of a cannon explosion in the English countryside that results in a fellow officer’s death. Gabaldon brings an effusive joy to her fiction that proves infectious even for readers unfamiliar with her work or the period. A foreword and introductory notes add background on the book’s evolution.