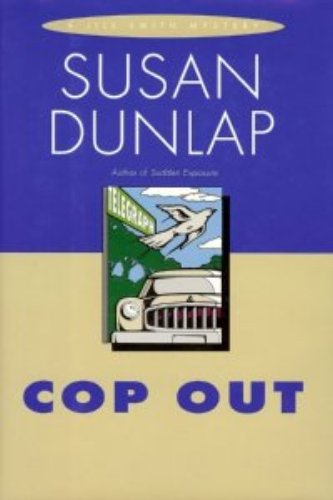 This 10th entry in Dunlap's Jill Smith series (after Sudden Exposure) is a deft and engrossing treatment of greed, trust and betrayal that puts a new spin on political correctness. Smith's police work in Berkeley, Calif., involves her with people on the fringes of society-street people, con artists and old radicals. But then, as this unpredictable mystery points out, Smith herself, idealistic and intolerant of authority, lives on the fringes of the police department. Her informant, Herman Ott, ""private detective to the counterculture,"" is a defender of the underdog whose tenacious protection of many felons has earned him the enmity of the Berkeley police. When the body of Bryant Hemming, head of the Arts and Creativity Council and a well-regarded arbitrator of local disputes, is discovered dead in Ott's office, and when Ott himself is nowhere to be found, suspicion falls upon the unconventional PI, and Smith is torn between her belief in Ott's innocence and her duty to the police. Smith's investigation reveals Berkeley's eccentrics at their best-and worst-and her methods are offbeat enough to antagonize her superiors. She eventually uncovers complex connections that point to financial fraud and finds that no one, particularly the parsimonious Ott, is what he seems to be. Smith's problematic romance with the burly and emotionally needy officer Seth Howard is always lively, adding another wrinkle of color to a series marked by its vividly depicted setting and admirably controlled plots. (May)
close
Details