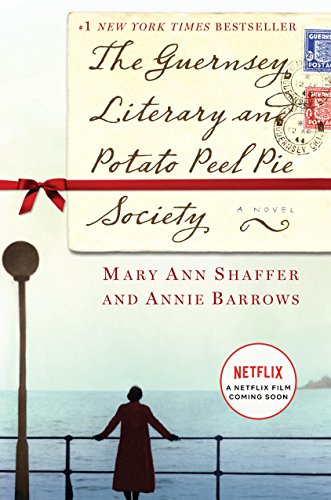 The letters comprising this small charming novel begin in 1946, when single, 30-something author Juliet Ashton (nom de plume “Izzy Bickerstaff”) writes to her publisher to say she is tired of covering the sunny side of war and its aftermath. When Guernsey farmer Dawsey Adams finds Juliet's name in a used book and invites articulate—and not-so-articulate—neighbors to write Juliet with their stories, the book's epistolary circle widens, putting Juliet back in the path of war stories. The occasionally contrived letters jump from incident to incident—including the formation of the Guernsey Literary and Potato Peel Pie Society while Guernsey was under German occupation—and person to person in a manner that feels disjointed. But Juliet's quips are so clever, the Guernsey inhabitants so enchanting and the small acts of heroism so vivid and moving that one forgives the authors (Shaffer died earlier this year) for not being able to settle on a single person or plot. Juliet finds in the letters not just inspiration for her next work, but also for her life—as will readers.