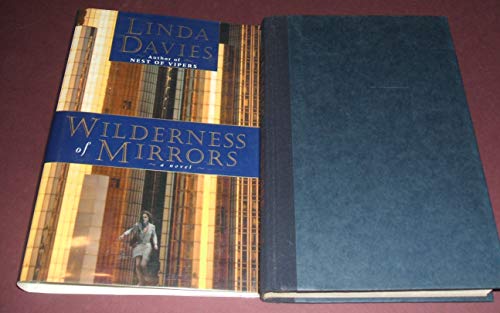 Nest of Vipers, Davies's standout first novel, featured a heroine who could handle money and guns with equal ease. Here, Davies in effect splits that heroine in two, offering in her stead a battle-scarred MI6 agent and a female merchant banker, who together take on drug-and arms-dealing villains. Years back, British secret agent Eva Cunningham became a junky in a thwarted attempt to bust drug kingpin Robie Frazer, himself an underling to illegal arms mogul Ha Chin. Now Eva has a shot at revenge, and she calls on her old friend Cassie Stewart, a major force in the venture capital wing of a London bank, to help--though she neglects to tell Cassie that she is a spy and Frazer a blackheart. The primary bait that lures Frazer into Eva's trap is a Vietnamese diamond mine, the funding for which Cassie sets up through the cowboyish Vancouver Stock Exchange; the secondary bait is Eva herself, as she seduces Frazer and then plants a bug in his study that tips off MI6 to his theft of arms secrets and his contacts with Ha Chin. Unfortunately for Eva, Ha Chin's gunsel recognizes her from the bad old days and she is whisked off to Hanoi. Shortly thereafter, Cassie's business plan is disrupted; facing huge losses, Cassie frantically tracks down Eva and Frazer to enlist their help, and she is taken captive as well. The women escape, however, setting the stage for a bloody finale that ties up loose ends and sees justice done. Though its characters are refried, and its plot lacks the special crackle of Davies's first, this fast-moving yarn parlays money, sex and mayhem into an exciting read that establishes the author as a writer with a solid track record and a sterling future. 50,000 first printing; Literary Guild selection; author tour; Today Show appearance. (Jan.)
close
Details