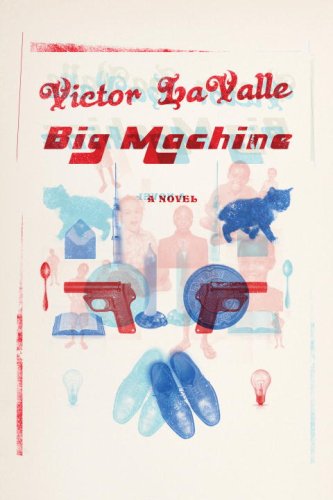 LaValle has garnered critical acclaim for his previous works (a collection, , and novel, ), and his second novel is sure to up his critical standing while furthering comparisons to Haruki Murakami, John Kennedy Toole and Edgar Allan Poe. Gritty, mostly honest-hearted ex-heroin addict protagonist Ricky Rice takes a chance on an anonymous note delivered to him at the cruddy upstate New York bus depot where he works as a porter. Quickly, Ricky finds himself among the “Unlikely Scholars,” a secret society of ex-addicts and petty criminals, all black like him, living in remote Vermont and sifting through stacks of articles in a library devoted to investigating the supernatural; the existence of a god; and the legacy of Judah Washburn, an escaped slave who claimed to have had contact with a higher being that the Unlikely Scholars now call “the Voice.” Ricky's intoxicating voice—robust, organic, wily—is perfect for narrating LaValle's high-stakes mashup of thrilling paranormal and Ralph Ellison's , as the fateful porter—something of a modern Odysseus rallied by a team of “spiritual X-men”—wanders through America's “messianic hoo-hah.”