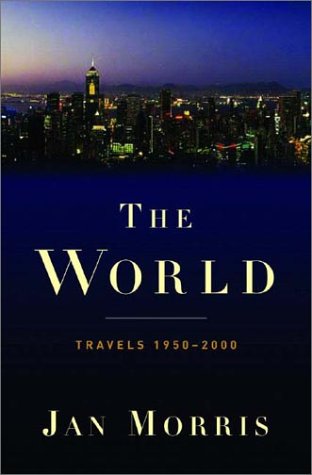 This collection of essays and excerpts from the globe-spanning career of Morris, one of the most admired and imitated travel writers alive, is fantastic in its depth and breadth. But whether it also succeeds as a portrait of the world in the years 1950–2000 depends on readers' response to Morris's impressionistic style. Morris had the good fortune of beginning her career (when she was still James Morris) writing for two great British newspapers, the and the , when the British Empire still spanned the world, and she's spent much of her career writing about former colonies. But she is much more than a chronicler of empire. This work finds Morris in Atlanta, Jerusalem, Baghdad, Capetown, Kyoto, Odessa, La Paz, Sydney and Addis Ababa, to name just a few cities from which she files reports in the first two decades of the period alone. Her style of reporting, increasingly abstract as time passes (and increasingly joyous following her sex-change operation in Morocco, a story she tells from a touchingly wry distance), finds her ignoring politicians and celebrities in favor of the wisdom of cab drivers and the tone of street signs. Her job, as she writes, is "simply to grin like a dog and run about the city." A brief, pessimistic epilogue aside, Morris likes what she has seen in the world. Inevitably, her many devoted readers will be disappointed by the necessary brevity of most of the excerpts here (she has written more than 30 books), but as an introduction to the writer's luminous prose, there is no better place to start. 6 illus.