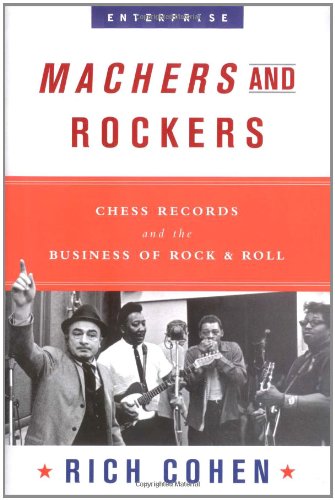 MACHERS AND ROCKERS: Chess Records and the Business of Rock & Roll

In a postscript to his dynamic history of Chess Records, Cohen ( ) confesses that its tale is one he's been telling since adolescence, "using whatever was at hand to make the case: not only does this song rock, it also has something big to tell us." Cohen's book has something big to say too—about how the unlikely marriage of the shtetl and the plantation produced Chicago blues and rock and roll. The music that exploded into the living rooms of America and the world might have remained in the juke joints of the South if not for "record men" like Leonard Chess, whose label is rivaled only by Atlantic for its influence. Sensing an audience where the big labels didn't, Chess carted unvarnished recordings of artists like Muddy Waters, Bo Diddley and Chuck Berry in the trunk of his Cadillac, getting them in stores and on the air by any means necessary. Cohen weaves the story of the mercurial, lovable but not always entirely ethical Chess with the stories of the artists he recorded and well-judged glimpses of social history. Though written with the energy of his teenage bull sessions, Cohen's history avoids the rhetorical excess nearly endemic to rock and roll books, offering instead a punchy and driven but also sturdy and careful narrative