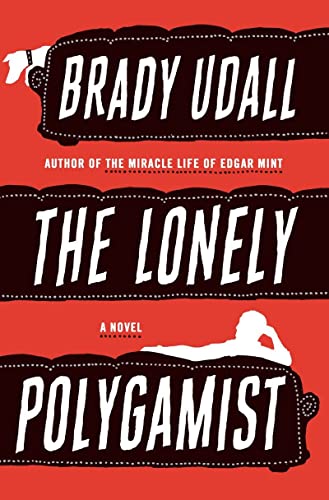 A family drama with stinging turns of dark comedy, the latest from Udall ( ) is a superb performance and as comic as it is sublimely catastrophic. Golden Richards is a polygamist Mormon with four wives, 28 children, a struggling construction business, and a few secrets. He tells his wives that the brothel he's building in Nevada is actually a senior center, and, more importantly, keeps hidden his burning infatuation with a woman he sees near the job site. Golden, perpetually on edge, has become increasingly isolated from his massive family—given the size of his brood, his solitude is heartbreaking—since the death of one of his children. Meanwhile, his newest and youngest wife, Trish, is wondering if there is more to life than the polygamist lifestyle, and one of his sons, Rusty, after getting the shaft on his birthday, hatches a revenge plot that will have dire consequences. With their world falling apart, will the family find a way to stay together? Udall's polished storytelling and sterling cast of perfectly realized and flawed characters make this a serious contender for Great American Novel status.