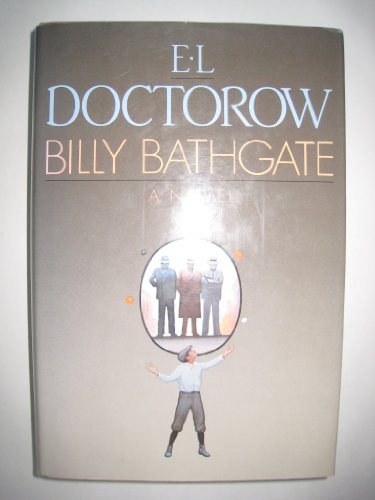 In the poorest part of the Bronx, in the depths of the Depression, a teenage, fatherless street kid who will adopt the name Billy Bathgate comes to the attention of his idol, master gangster Dutch Schultz. Resourceful, brash, daring and brave, the narrator understands that morality will have no influence in lifting him from his poverty; by hitching his wagon to the mobster's star he can hope to provide his gentle, mad mother and himself with a way to rise out of their desolate existence. The astonishing story of Billy's apprenticeship to Shultz and his education at the hands of the mobster's minions is related by Doctorow with masterful skill, grace and lucidity of prose, inspired inventiveness of scene and true-voiced dialogue. Equally a rollicking adventure and a cautionary tale, both parable of the prodigal son and poignant coming-of-age story, it is mesmerizing reading that soars from the shocking first scene of a gangland execution through episodes of horror, hilarity and sudden, deepening insights. In his odyssey, Billy will learn about human nature as well as extortion and policy rackets; he will travel to the upstate rural community of Onandaga where Schultz will be brought to trial by special prosecutor Thomas E. Dewey; he will be exposed to the world of Park Avenue socialites; he will acquire a gun and better manners; he will discover that the ``glamor and class'' of a big time racketeer is achieved through good business methods as well as violence; he will comprehend the seamy relationship between criminals and politicians, and he will fall in love. Perhaps the most affecting example of the dichotomy that rules his life occurs when, after having witnessed the most vicious brutalities, he returns to the Bronx and goes shopping with his mother for his first suit. In this stunning, lyrical novel, Doctorow has perfected the narrative voice of a lower-class boy encountering the world (surpassing those of the protagonists of Ragtime , Loon Lake and World's Fair ). He falters only in a sentimental, almost fairytale ending that belies the harsh realities by which the narrative is propelled. But so fine and convincing is this story that the reader accepts in its entirety Doctorow's mythical vision, a dark version of the Horatio Alger fable related with a brilliant twist. 100,000 first printing; first serial to GQ and Granta; film rights to Touchstone/Disney; BOMC dual main selection; QPBC featured alternate; major ad/promo. (Feb.)
close
Details