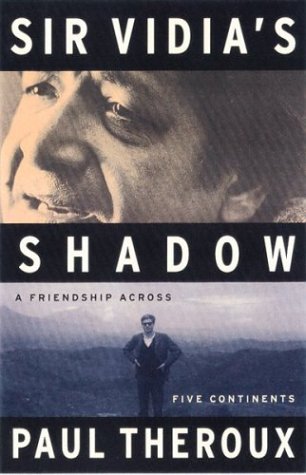 The subject of considerable attention well ahead of its publication date (which the publisher has now moved up), this frank and revealing study of two writers, longtime friends and mutual supporters, who finally come to a decisive parting of the ways, is sometimes sad, often funny and occasionally touching. Such is Theroux's apparently effortless recall of conversations, scenes and currents of feeling that it reads more like a novel with a particularly vivid central character than a memoir. That central character is of course the novelist V.S. Naipaul, seen here as brilliant, eccentric, irascible, often, it seems, purposefully outrageous. The two met in Africa in 1966 when Theroux was just beginning as a writer and Naipaul was already an acknowledged star. Theroux, who portrays himself as much more accommodating than Naipaul, puts himself in the background, delighted with each crumb of approbation from the master. There were many things Theroux found odd about his friend: his snobbishness, his apparent racism, his selfish willingness to let other people take care of his every need. (He recalls one especially costly meal with Naipaul, for which he paid, as usual, that left him without the fare home.) But it seems to have been Pat, Naipaul's long-suffering English wife, who finally came between them; Theroux, who confesses to having once pondered an affair with her, remained always an admirer of her decent stoicism, and wrote a touching tribute on her death. This was then seized upon by Naipaul's hastily married second wife (a Pakistani newspaper columnist who would seem, in her bumptiousness and careless writing, the antithesis of everything Naipaul cherished) to create a rift with Theroux. A last chance meeting in the street produced Naipaul's memorable line ""Take it on the chin and move on,"" and the indefatigable Theroux had himself the theme for this vastly readable book. Is it fair to Sir Vidia? Impossible to be sure, but it is an enthralling examination of a seldom-treated subject, a thorny literary friendship. First serial to the New Yorker; author tour. (Oct.)
close
Details