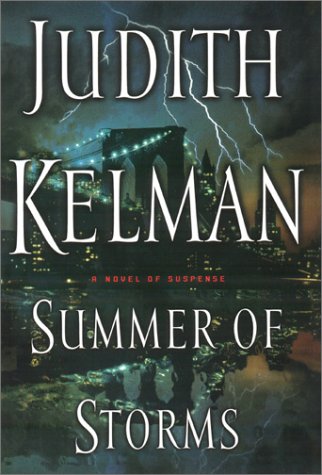 Set in a shadowy and sinister New York City, this taut and assured suspense thriller by Kelman (After the Fall, etc.) chronicles the rekindling of a long-dormant murder investigation and the return of a ruthless killer. Thirty years after her young sister's death, Anna Jameson is haunted by memories of what was dubbed the Sleeping Beauty Murder. On a stormy summer night, five-year-old Julie Jameson was killed in her bedroom while her family slept. Following this horror, her anguished parents fled Manhattan with three-year-old Anna and moved to South Carolina, where they never quite recovered from the shock. Fast-forward to Anna, now 33 and an aspiring photographer, who returns to New York to work as a photojournalist for a high-powered media conglomerate and to confront family demons. Armed with her camera, she becomes acclimated to the perils of the city: she captures a drug deal on film, escapes a would-be rapist and shoots a newspaper expos of her neighborhood's prostitution ring. Meanwhile, Arcanum, an elite volunteer group of colorful forensic experts devoted to investigating unsolved homicides, receives an anonymous phone call from a woman who warns that Julie's killer may strike again. The group takes on the case privately, inevitably colliding with Anna in its researches. The body count rises as a spooky electrician, a fugitive serial killer, a heroic cop and assorted others cloud the picture. Swift pacing and well-drawn supplementary characters--like the bombastic media mogul Stewart Burlingame and Dixon Drake, a reporter who takes Anna under his wing--come together in this smooth page-turner that's sure to have fans reading into the wee hours of the night. Agent, Peter Lampack. (Mar.)
close
Details