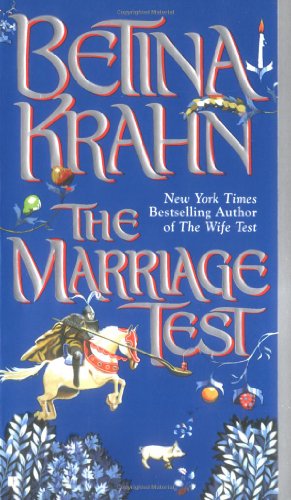 It's hard to imagine the culinary offerings of the High Middle Ages tempting the modern palate, but the golden pies and savory pasties that Krahn ( , etc.) lovingly describes in this spirited romance will make even the pickiest eater salivate. Julia of Childress, a young chef for the Convent of the Brides of Virtue, has found her calling—bringing people joy through her delectable dishes. Her food even beguiles Griffin, the count of Grandaise, who's afflicted with a keen sense of smell that renders normal grub unpalatable. Deciding he must make Julia his cook, Griffin pays the convent a grand sum and promises to return her after a year so that she can become a nun. Julia, however, intends to seduce Griffin with her succulent roast meats and spicy pies. Although it's implausible that a man would be so taken with Julia's food that he would whirl "giddily" and bow to "his piece of pie before each new bite," readers will take these moments of comic absurdity in stride. The book, after all, is both comic and absurd, but it is grounded by the delicious romance between Julia and Griffin and Krahn's occasional injections of insight and wisdom ("The real marriage test was the one that occurred every day, as people lived their lives together. Always facing one more obstacle. One more difficulty to grow beyond"). .