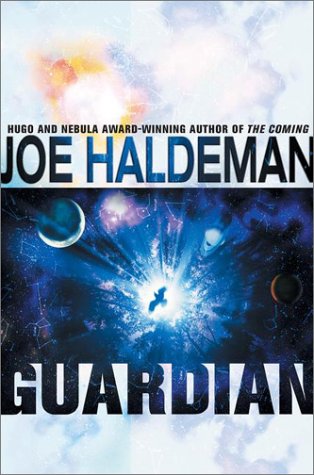 Hugo and Nebula Award–winner Haldeman () reworks classic SF themes in this odd and unsatisfying pastiche of travel narrative, alternate history, American Indian lore and adventure story. In 1879, Rosa Tolliver, a college-educated blueblood, marries a wealthy man who turns out to be a brute. She flees her Philadelphia mansion with her 14-year-old son, Daniel, and the two of them make their way to Dodge City, Kans. Rosa retrospectively describes the trip in incredible detail: the modes of transportation they took; the people they met; the books she read. With each carefully placed detail, Rosa weaves the tapestry of her life, and among the threads, she hints at a destiny: something extraordinary happens to her, and each book she reads, each decision she makes, in retrospect has something to do with this destiny. Her stay in Dodge City lasts only four years, and she and Daniel flee again when a Pinkerton detective tracks them down. Another well-documented trip—this time to Alaska—follows. Toward the end, an Indian shaman, Raven, shows her alien wonders and a vision of a future Earth. The minute detail and foreshadowing are wearying, and Rosa's destiny ultimately falls flat: it's a tale of courage told by a courageous but unimaginative woman.