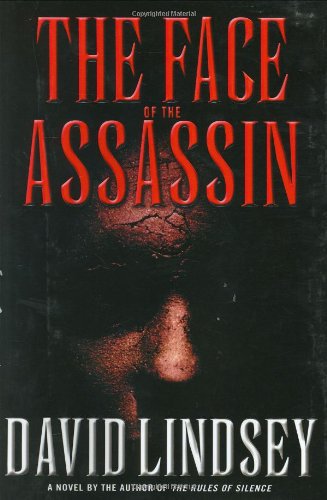 THE FACE OF THE ASSASSIN

Forensic artist Paul Bern uses his impressive talents as a sculptor to reconstruct a face on an anonymous skull brought to him under mysterious circumstances in Lindsey's latest in a long line of expertly constructed thrillers ( , etc.). The more Paul works on the skull, the more he's convinced that there's something distinctly disturbing about the emerging features. Soon after he figures it out (long after the reader has done so), he finds himself caught up in a murky world of spies, smugglers and international terrorism. Forced to abandon his idyllic central Texas home, he travels to Mexico City, where he must impersonate his own, recently murdered, CIA agent twin brother. Heavy Rain is the code name of the mission; the purpose is to capture or kill the world's most feared terrorist, Ghazi Baida. There's a beautiful agent, Susana Mejía, and the usual collection of Mexican hoods, but the real showstopper is Vicente Mondragón, a man whose entire face has been removed in a drug vendetta, leaving him with nothing more than exposed muscle, bone, gristle, protruding lips and a naked pair of googly eyes. This horror is kept antiseptic by a thin transparent membrane that Vicente must spritz at regular intervals. The novel's suspense lies in Paul's ongoing efforts to maintain his identity as his own brother and at the same time attempt to uncover Baida's terror plan. The plot is deftly handled, the characters are sharp and memorable, there's a shocker twist at the end and the background information on faces, or the lack thereof, is fascinating.