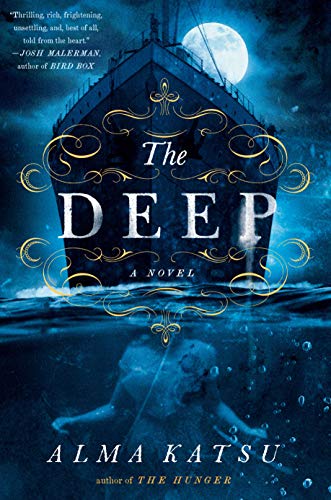 Painstakingly researched and meticulously plotted, Katsu’s latest (after 2018’s The Hunger) infuses a pair of significant shipwrecks with the supernatural. In 1912, docile and dutiful Annie Hebbley, suddenly eager to escape her confined life in a small Northern Ireland town, finds work as a stewardess on the Titanic, where she becomes entwined with a wealthy couple and their new baby and develops strange compulsions as mysterious occurrences, including disappearances and an attempted suicide, plague the ship. In 1916, having survived the Titanic’s sinking only to spend the last four years in an asylum, Annie again finds relief through work, this time as a nurse on the Titanic’s sister ship, the Britannic, which has been refitted as a wartime hospital ship. Though readers will be aware of the inevitable tragedies awaiting, Katsu successfully injects suspense into both time lines, spinning a darkly captivating tale of hauntings, possessions, secrets, and class through a multitude of perspectives, as readers slowly come to understand the truth of Annie’s often odd behavior. The historically predetermined ending may keep readers from connecting emotionally to the narrative, but Katsu’s artful writing and calculated pacing keep the pages turning. This is an impressive, horror-tinged trip back in time. Agent: Stephen Barbara, Inkwell Management. (Mar.)
close
Details