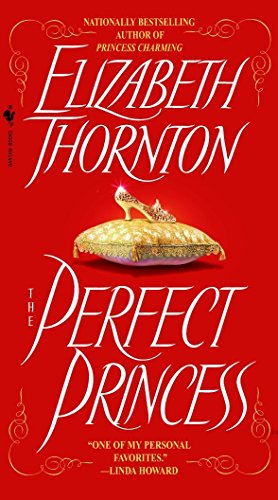 This satisfying Regency-era romance, the third in a series about fast friends who fought for England during the Napoleonic war (), finds Richard Maitland, the fiercely independent head of the Special Branch of British intelligence, facing a death sentence for a murder he didn't commit. Richard's carefully laid plans to escape from Newgate prison are hampered by the arrival of Lady Rosamund Devere, the genteel daughter of the Duke of Romsey, and her childhood friend, Callie. Rosamund, dubbed the "perfect princess" after receiving an offer of marriage from Prince Michael of Kolnbourg, has decided to spice up her proper life by bringing Richard his final meal. When Richard and his trusty friend, Harper, take Rosamund hostage, she finds herself embroiled in a life-threatening adventure. Passion flares between the mismatched couple as they dodge her family and attempt to clear Richard's name. Thornton deftly makes use of two romantic conventions—Rosamund spends a lot of time dressed as a boy to evade Richard's enemies, and Richard, wounded for the first part of the novel, must shuck his clothes so that Rosamund can tend to his injury. Steamy sex scenes, fiery repartee and strong characters set this romantic intrigue apart from the usual Regency fare.