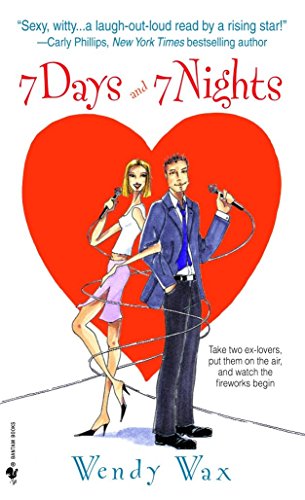 This debut romantic comedy puts a clever spin on an age-old formula: instead of being marooned together in a snowstorm, Wax's protagonists are stuck in a publicity stunt complete with 24/7 Webcam. Dr. Olivia Moore is a radio therapist whose talk show has an earnest, emotional and sometimes anti-male twist. Matt Ransom's competing Guy Talk extols freewheeling bachelorhood and offers helpful advice like "get over it." Feuding between the two persists on-air until corporate headquarters decrees that one of them must go. To make the decision, Matt and Olivia are locked for a week into a tiny apartment, broadcasting their shows and emitting a live web feed to help fans signal their favorite. Naturally, tensions in the cramped space run high—complicated by sexual attraction, competitive fire and unresolved issues from the intense affair Matt and Olivia shared eight years earlier. It's never clear why Matt loves the defensive and inflexible Olivia. Then again, she's blonde and sexy, so maybe it's what he would call "a guy thing." The romance is appealing despite this flaw, but the novel's real strength is the witty clash of the two gender-battling shows and the glimpse it offers of the wacky world of radio.