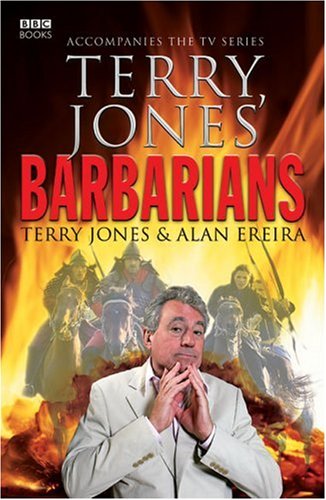 In the Monty Python film a member of the People's Front of Judea asks, "What have the Romans ever done for us?" (apart from, of course, the "sanitation, medicine, education, wine, public order, irrigation, roads, the fresh water system and public health"). The director of that movie—and now popular historian—Jones ( ), along with Ereira ( ), now answer the question: a bit, but nowhere near as much as the barbarians did. Jones attempts to overturn the popular conception of the glorious Roman Empire, which he says is mostly propaganda, and claims that the barbarians—a general term describing the tribes of western and northern Europe, as well as of the Middle East—have for too long been slandered as "savages" by the allegedly more advanced and civilized Romans and their descendants. In fact, these assorted Celts, Vandals, Persians and Goths were technologically, economically and intellectually sophisticated, but were on the wrong side of history. While scholars will sniff at Jones's offhand humor, somewhat wide-eyed "revelations"—which have been revealed before—and tendency to believe the vastly exaggerated death tolls of the time (he relies on Plutarch's figure that Julius Caesar slaughtered a million Gauls, a virtually impossible feat), readers will go along for a most enjoyable ride and appreciate his fascinating tale of the barbarians' lost world. 24 pages of color photos, maps.