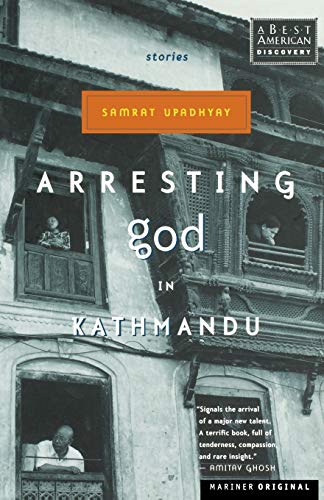 Love and matrimony are as complicated in modern Nepal as anywhere else, as depicted in this debut collection of stories from one of the first Nepali authors writing in English to be published in the West. In only one of the nine stories does the focus waver from the tensions inherent in a class-conscious society where most marriages are still arranged, despite the fast-forward of globalization and a younger population used to traveling abroad or at least hearing about it. Parents such as the mother in "The Room Next Door" are angry and confused when their children are reluctant to conform. This mother is shamed when her college-age daughter becomes pregnant; the girl then marries the only man who might have her—an unemployed simpleton who has appeared on their doorstep. Young couples at a loss to articulate submerged desires find it difficult to communicate in times of stress. In "The Good Shopkeeper," an accountant who loses his job drifts away from his wife and into an affair with a servant girl; the dissolution of another man's marriage to an American woman gives way to an unusual rebound relationship in "Deepak Misra's Secretary." While all of the stories are set in Nepal, one, "This World," also dips into New Jersey and explores the ambivalence of a young woman deciding her future and, by extension, her identity. Those seeking the exoticism so often found in contemporary Indian fiction won't find it here—there are no lush descriptions or forays into spirituality. In an assured and subtle manner, Upadhyay anchors small yet potent epiphanies in a place called Kathmandu, and quietly calls it home.