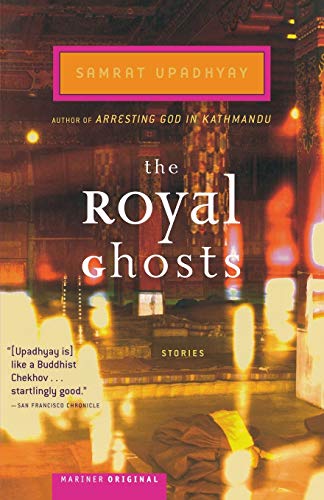 Nepali writer Upadhyay's stories (following last year's novel ) are set in the urban environment of modern-day Katmandu, where people's lives advance, or not, in the shadow of the country's turmoil. The title story takes place in June 2001, on the day Nepali Crown Prince Dipendra murdered his entire family before killing himself; its focus, however, is a rough-around-the-edges taxi driver coming to terms with his brother's homosexuality and his own intense loneliness. In "A Refugee," Pitamber offers to take Kabita and her daughter into his home and family after Maoist rebels killed her husband; his kindness backfires when he generous act alienates him from his son, wife and even another family he was trying to help. Other stories further illuminate the domestic side of Nepali life: in "The Wedding Hero," a wealthy bachelor decides to spend his money hosting a large wedding for two poor servants; his well-intentioned meddling doesn't lead to a happy ending for anyone, including the lower-class couple. Upadhyay's not-so-simple stories are lucid and often luminous.