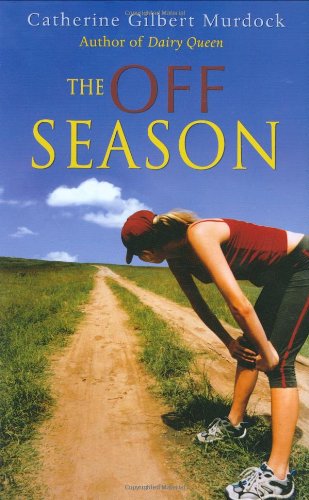 this sequel picks up where last year’s Dairy Queen left off, with heroine D.J. Schwenk now starting for the Red Bend High School football team. In a preseason scrimmage versus archrival Hawley, she becomes the first female linebacker in Wisconsin to score a touchdown, crossing the goal line with a ball intercepted off romantic interest Brian Nelson. Unfortunately, things go decidedly downhill after that, as three members of the Schwenk clan wind up with serious injuries during the fall football season. The most critical of these happens to D.J.’s older brother, Win, who suffers a grave injury to his spine during a televised football game at his college. Because her mother’s back is out and her farmer father is emotionally unable to leave his cows, D.J. must take time off from school again (last year, it was her father’s broken hip) to help with her brother’s rehab, putting her hopes of an athletic scholarship in jeopardy. The fact that this burden falls to D.J. a second time feels a bit contrived and also makes her somewhat of a doormat—why is it always D.J. who must forgo school and sports to care for ailing family members? That said, fans of the first book will again find D.J. a companionable narrator, wryly pondering her relationship with Brian, as well as her obligations to her family and—most importantly—to herself. Ages 12-up. (June)