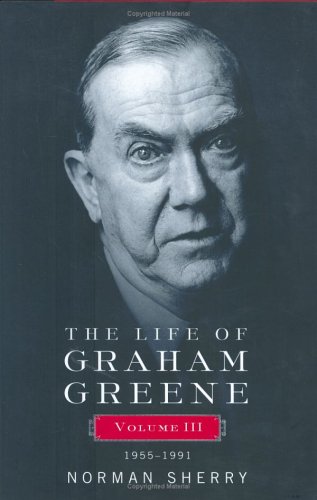 In time for the centenary of Greene's birth comes Sherry's magnificent, much anticipated final installment of his biographic trilogy. At this stage in Greene's life, his literary career was soaring, his celebrity international and his personal life profoundly unhappy. Unable to come to any permanent arrangement with his married mistress, Catherine Walston, and continually struggling with depression and suicide, he sought means of escape in his books and his travels. Sherry's promise to follow literally in his subject's footsteps yields especially vivid portrayals of Castro's Cuba, the last colonial days of the Belgian Congo and Papa "Doc" Duvalier's nightmarish Haiti. Once again, Sherry diligently tracks down the actual inspirations for fictional characters and situations (as well as possible work by Greene for the British secret service) and judiciously discusses Greene's idiosyncratic Catholicism. His more questionable activities, however, such as aiding the causes of Panamanian dictator Torrijos and the Sandinista regime, do not escape Sherry's scrutiny. Sherry himself enters the story in 1974, eventually becoming Greene's sanctioned biographer, and he comments throughout about his experience finishing this monumental work, such as his arguments with competing biographer Michael Sheldon. With Sherry's access to all Greene's papers, his personal bond with his subject and his keen understanding of the enigmatic author, Sherry has no biographic rival; this work is authoritative. Photos not seen by .