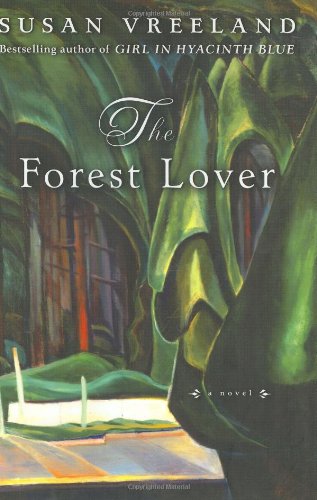 The Canadian artist Emily Carr (1871– 1945) could be a feminist icon. Spirited and courageous, inspired by an inner vision of "distortion for expression" and by a mission to capture on canvas the starkly fierce totem poles carved by the Indian tribes of British Columbia, Carr endured the disapproval of her family and of society at large until her belated vindication. One of the pleasures of this beguiling novel based on Carr's life is the way Vreeland ( ) herself has acquired a painter's eye; her descriptions of Carr's works are faithful evocations of the artist's dazzling colors and craft. No art schools taught the techniques that Carr felt suitable to the immense, rugged landscape of British Columbia. Moreover, when she ventured into isolated tribal villages and befriended the natives, braving physical discomfort and sometimes real danger, she was accused of "unwholesome socializing with primitives." Drawing on Carr's many journals, Vreeland imagines her experiences in remote areas of B.C. as well as in Victoria, Vancouver and (briefly) France. There are few dramatic climaxes; instead, Vreeland emphasizes Carr's relationships with her rigidly conventional siblings and with her mentors and colleagues. She vividly describes the obstacles Carr faced when she ventured into the wilderness and in her periods of near poverty and self-doubt. A fictitious French fur trader introduces a romantic element, which may offend purists. Much of the suspense comes through Carr's affectionate relationship with a real woman, Sophie Frank, a Squamish basket maker who loses nine children to white men's diseases. Adding to Sophie's emotional desolation is the torment introduced by inflexible Christian dogma that alienates tribes from their native traditions and spiritual beliefs. Vreeland provides this historical background with the same authoritative detail that she brings to the Victorian culture that challenged Carr's pioneering efforts. Her robust narrative should do much to establish Carr's significance in the world of modern art.