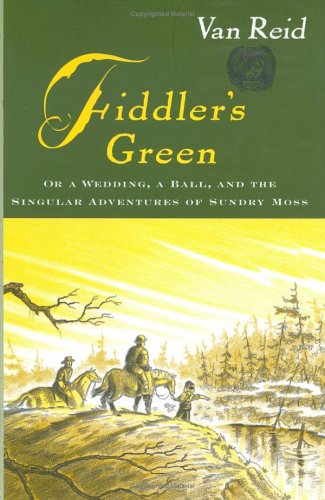 The fifth (and ostensibly final) installment in Reid's charming series about rural Maine's Moosepath League tracks familiar faces through an epic wedding, a society ball and a bizarre backwoods feud that gets one Moosepathian in hot water. The primary protagonist is wise "gentleman's gentleman" Sundry Moss, who observes the joyous 1897 nuptials of Moosepath chairman Tobias Walton and willowy Phileda McCannon, which are very nearly ruined by the inexplicable appearance of a keg marked "rum" that's filled with turpentine. Moss tests the romantic waters with the fetching Priscilla Morningside at a Portland ball shortly after the wedding, but their fledgling courtship is interrupted when Moss becomes part of a plan to help young Melanie Ring, previously camped out in a coal cellar with her alcoholic father and disguised as a boy, move with her father to Brownville. As the journey progresses, Melanie is spirited away by the peculiar Charles Normall, and Moss is also engaged by the man to scour the local pond for the body of a young drowning victim. Reid recaptures the optimistic, homey, quirky tone of his earlier books in the wedding and ball sections, and the later murder mystery adds a touch of darkness, while a parallel story involving an optimistic sailor searching for the titular, possibly mythical paradise offers a compelling counterplot. This will undoubtedly please Reid's numerous fans.