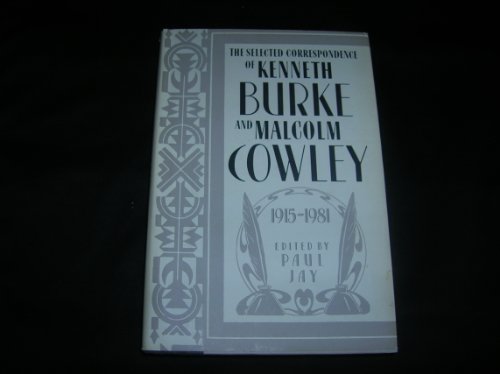 Cowley and Burke, high-school classmates in Pittsburgh, were young men in a rush to conquer the literary world. Cowley condemned free verse in a 1916 letter; a few pages later, he's off to Paris, cavorting with Dada poet Tristan Tzara. Burke made for New York City, where he ventured in several directions at once as critic, novelist, playwright, essayist, poet. Both men, now in their 90s, won recognition through a long lifetime's work. Surely one of the most remarkable literary correspondences, this moving record of a friendship presents the duo as sparring partners who insult, challenge, prod and test each other. Cowley's editing of Faulkner and Hemingway sparked a dialogue with Burke on the special traits of American (as distinct from European) literature. Burke, on his side, wrote about his difficult synthesis of poetry, speech, linguistics and philosophy. Though each went his separate way, electric sparks flew across the widening gap, and these tremendously articulate, intense, profane and self-critical letters are a joy to read. Jay is a professor of English at Loyola University in Chicago. (Dec.)
close
Details