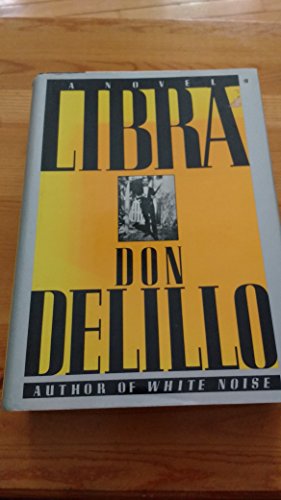 DeLillo's ninth novel takes its title from Lee Harvey Oswald's zodiac sign, the sign of ``balance.'' And, as in all his fiction ( Running Dog , The Names , White Noise ), DeLillo's perfectly realized aim is to balance plot, theme and structure so that the novel he builds around Oswald (an unlikely and disturbingly sympathetic protagonist) provokes the reader with its clever use of history, its dramatic pacing and its immaculate and detailed construction. The plot of the novel is history itselfand history, here, is a system of plots and conspiracies: the U.S. government has plotted to invade Cuba, and there are CIA agents who want retribution against President Kennedy for his halfhearted support of the Bay of Pigs operation; there are Cubans plotting revenge on JFK for the same reason and for, they fear, his plot to forge a rapprochement with Castro; there is a lone gunman, Oswald, who is conspired upon by history and circumstance, and who himself plots against the status quo. The novel bears dissection on many levels, but is, taken whole, a seamless, brilliant work of compelling fiction. What makes Libra so unsettling is DeLillo's ability to integrate literary criticism into the narrative, commenting throughout on the nature and conventions of fiction itself without disturbing the flow of his story. The characters are storytellers: CIA agents and Cuban immigrants retell old plots in their minds and write fantasy plots to keep themselves alive; Nicholas Branch, also of the CIA, has spent 15 years writing an in-house history of the assassination that will never uncover its deepest secrets and that in any case no one will read; Oswald, defecting to the Soviet Union, hopes to write short stories of contemporary American lifedyslexic, he is aware of words as pictures of themselves not simply as name tags for the material world. DeLillo interweaves fact and fiction as he draws us inexorably toward Dallas, November 22. The real people (Jack Ruby, Oswald, his mother and Russian wife) are retrieved from history and made human, their stories involving and absorbing; the imagined characters are placed into history as DeLillo imagines it to have come to pass. By subtly juxtaposing the blinding intensity of DeLillo's own crystal-clear, composite version of events against the blurred reality of the Zapruder film and other artifacts of the actual assassination, Libra ultimately becomes a comment on the entire body of DeLillo's work: Why do we understand fiction to reflect truth? Why do we trust a novelist to tell us the whole story? And what is the truth that fiction reveals? 50,000 first printing; $50,000 ad/promo; BOMC main selection; QPBC selection; first serial to Esquire. (August)
close
Details